Ikusabe Takamaru is a student at the Ten Treasure Academy, living an ordinary school life, seeking romances which are constantly interfered by Shihoudou Narika (the daughter of his apartment manager). One day, he fell in love at first sight with a transfer student named Takamori Haruka. On that very night, Takamaru and Narika became pursued by a group of mysterious seemingly immortal masked ninja. Just when they thought all hope was lost, Haruka appeared in kunoichi attire. Haruka explained to Takamaru that he was “the Dragonian” and the source of much of the Crescent Moons’s power, and asked him to do H foreplay. This quickly gave her superhuman power that enabled her to defeat the mysterious creatures of the Noroi Faction.

However, this was just the beginning of a very long battle. 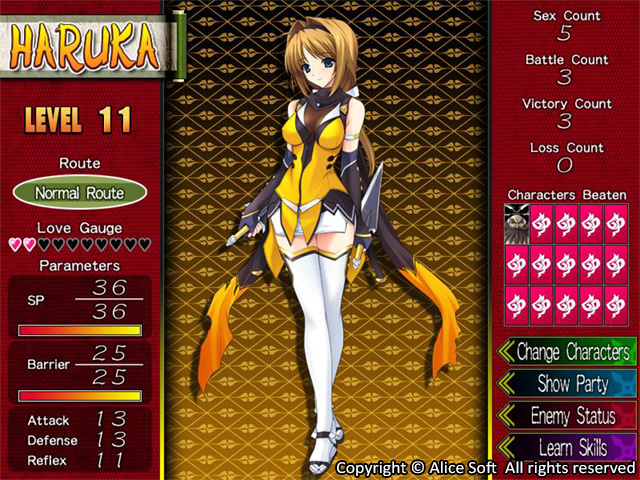 If you get DLL error,download this fix

Place “haruka.ain” in your main game directory, and “ShellExecute.dll” in the “DLL” sub-directory to apply.

If you like this game,pls buy this to support dev