Our heroine, Yuni Shirakawa was an ordinary first year student.That was until, she one day ended up with the powers of magic. Now able to transform into magical girl Yuni she will stand up and fight against the forces of evil to protect the peace of humanity!

The setting is her academy, after it has been invaded by incubus!All the female students have lost rationality, slaves to pleasure and lust.Yuni must defeat the incubus boss if she is to save her classmates but…Can she really defeat such a tough opponent…? 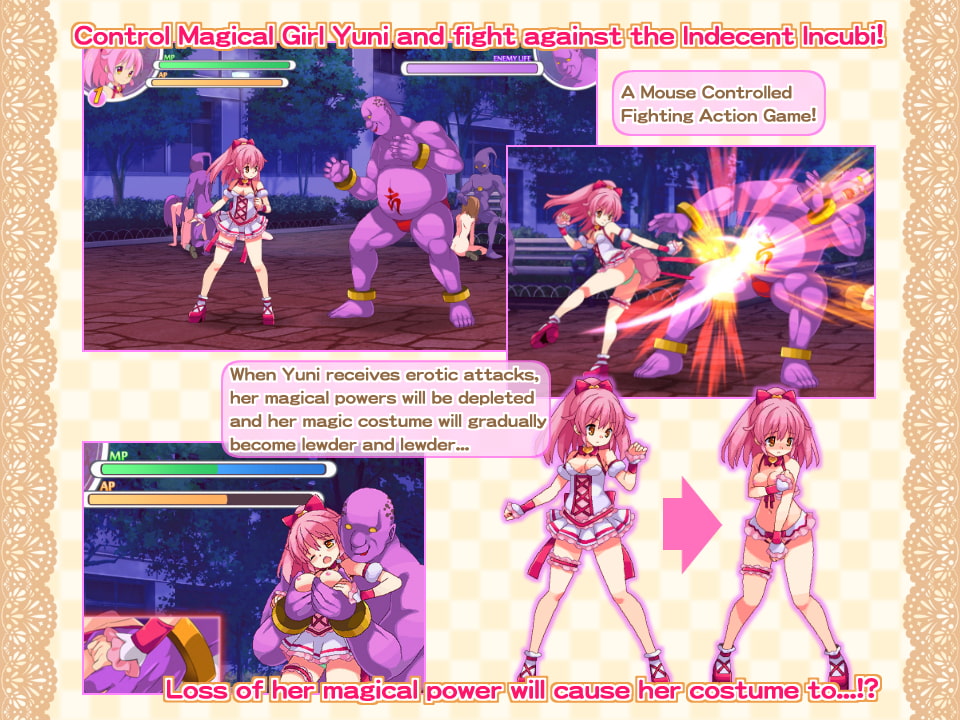