Yumina the Ethereal (Kikouyoku Senki Tenkuu no Yumina 輝光翼戦記 天空のユミナ) is an adult dungeon RPG developed and published by Eternal on January 23, 2009 for Windows. The game was subsequently translated into English by Jast USA on August 30, 2013.

Midorishita Yumina is a junior at the prestigious Jinbu Academy. Far from being a model student, Yumina skirts the precarious line between barely passing and failing hard. One day, a young man named Akashima Ayumu transfers into her class. Ayumu claims to have been sent by his father, an eccentric and possibly delusional man who ordered Ayumu to find and protect Yumina, whom he believes will one day save the universe. 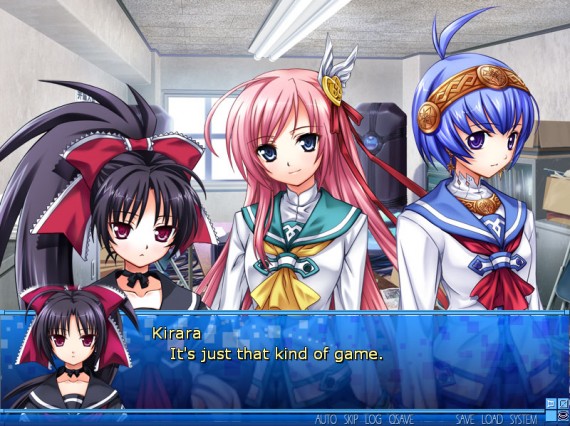